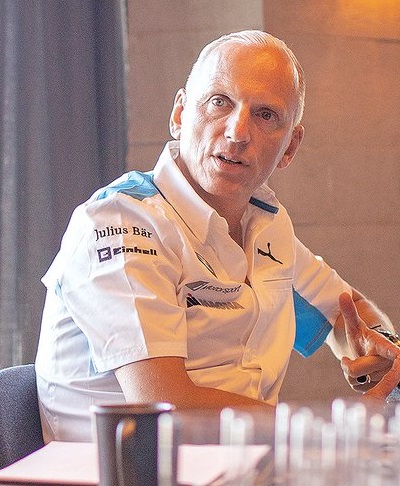 BMW Group is betting it can lure more customers to Mini by adding crossovers and two-door hatchbacks.

The automaker appears to be doubling down on its small-car brand even as it acknowledges the challenges of selling to Americans obsessed with light trucks.

BMW Group sales boss Pieter Nota, speaking to Automotive News this month on the sidelines of the Formula E race here, said turning around the Mini business in the U.S. will take new products, including fresh offerings in what Mini calls its Hardtop line.

But new developments also are coming in small crossovers, he said.

“That’s a growing segment,” Nota added, avoiding specific product plans. “Without revealing anything, we will see growth in that segment.”

BMW is addressing an existential crisis for Mini: Customers, especially in the U.S., are ditching small cars for roomy crossovers.

“You see virtually every brand, including the super premiums, moving into these type of vehicles,” said Jeff Schuster, president of global forecasting at LMC Automotive. “There is a core buyer for Mini now, and that group is not growing. So moving into this segment could attract new buyers.

“Porsche is a good example of success in stretching a brand into the crossover segment.”

Crossovers accounted for 38 percent of the U.S. light-vehicle market last year, up from 27 percent five years ago. During that period, small-car market share shrank to 12 percent from 18 percent. Mini’s largest model, the four-door Countryman compact crossover, was the brand’s bestselling nameplate through June this year.

Poor sales have dented dealer profitability. That has prompted BMW Group to let Mini dealers downsize their stores or move operations into their BMW locations, sharing backroom expenses to help defray operating costs and real-estate overhead. Dealers are expected to differentiate the brands in the consolidated location, with Mini-branded showrooms and dedicated sales and service employees.

But if BMW Group executives in Munich are worried about Mini’s prospects in the world’s second-largest auto market, Nota did not let on in New York.

Mini is an “iconic brand” and will have a leading role in the luxury small-car segment, he said. “We are optimistic that with the new models that will come‚ including the Mini Electric, but also John Cooper Works, we can see a healthy future for the Mini brand in the U.S.,” Nota said.

BMW Group’s strategy to stick it out in America’s collapsing small-car market contrasts with Daimler’s decision to yank Smart from the U.S., and Volkswagen’s plan to mothball the Beetle.

Nota sees the competition’s capitulation as a way to consolidate market share.

“Unlike some of our competitors, we are not turning our back to the U.S.,” Nota said. “We see that even as an opportunity.”

If Mini has a future, it will likely be electrified.

Based on the BMW i3s subcompact’s battery-electric powertrain and the two-door Mini Hardtop’s body style, the SE is powered by a 135-kilowatt motor that delivers 181 hp and is capable of going from 0 to 62 mph in 7.3 seconds. With a low center of gravity, thanks to a strategically positioned T-shaped 12-module battery, the SE remained in control in the sharp turns of the Formula E street circuit during a drive at the event.

“It was important to not just do the next electric car — we wanted to do Mini electric,” Elena Eder, product development chief for Mini’s electric program, said at a media briefing in New York. “It had to have the genes of Mini. It was very important to preserve the main characteristic of the Mini, which is the go-kart feeling and also the iconic design.”

But the heart of the Cooper SE is a modest 32.6 kilowatt-hour battery that is expected to have an EPA-estimated range of about 114 miles on a full charge. In a world of 200-plus-mile electric vehicles, the SE could be a hard sell to a public wary of range anxiety.

“We wanted to avoid putting too much weight and too much cost into the car” with a larger battery, Nota said, noting the new model’s range is “optimal” for in-town driving.

BMW Group does not plan to electrify the current generation of its other Mini models, “but for the next generation, we might still have surprises for you,” Eder teased.

“We see certainly a significant role for electric in Mini. But there is also going to be a place for our John Cooper Works because there is serious customer demand there,” he said. “So, we will also have some really exciting combustion engines for the Mini brand.”

The Mini Cooper SE is part of BMW Group’s ambitious plan to launch 25 electrified vehicles — more than half of which will be full electric — by 2023.

The automaker moved the deadline forward by two years to speed the “transformation toward emission-free mobility,” Nota said. “In some markets, that is becoming a No. 1 selling argument.”

That diversified approach is a hedge against making a pricey bet on any one technology. Despite the hype, EV demand remains questionable and heavily reliant on tax incentives, government regulation and prevalence of vehicle charging infrastructure.