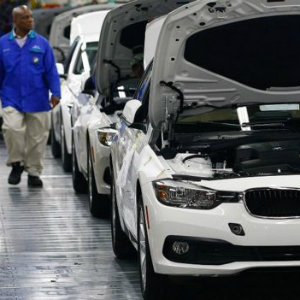 US President Elect, Donald Trump, has made no secret of his disdain for foreign people, foreign countries (some more than others) and foreign manufacturing (which “should” be done in America) so it really came as no surprise when he started threatening car companies who plan to manufacture in neighbouring Mexico.

In one of his infamous Trump Grumps he took to twitter to lambaste General Motors who currently manufacture vehicles in Mexico:

“General Motors is sending Mexican-made model of Chevy Cruze to US car dealers tax-free across border. Make in USA or pay big border tax!” he tweeted.

He went on to threaten Toyota with his so-called Boarder Tax if they went ahead with plans to build over the boarder.

While Fiat Chrysler Automobiles (FCA) appears to have cowered in the face of Americas Tango’d Tyrant by announcing a $1bn (£816m) plan to produce three Jeep models in the US and also move the production of a Ram pickup truck from Mexico to the US. BMW on the other hand has stood firm in their plans build a plant in San Luis Potosi, Mexico.

BMW sales and marketing director Ian Robertson said that the firm was “absolutely” committed its new plant which will make its 3 Series cars for sale across North America.

Mr Robinson went on to point out that BMW were also investing $1bn in its plant in South Carolina, USA.

In stark contrast to BMW was Fords U-turn last week when they turned their backs on a $1.6bn plan to build a plant in Mexico and instead decided to expand operations in Michigan. Ford have yet to confirm if this is because they are scared of Mr Trump and his Angry-man tweets.