The family-run haulage business, which was established in 1927, had the most drivers in the top 1,000 based on telematics data from over 252,000 UK drivers.

Microlise says the award recognises logistics teams that have “consistently displayed driving excellence and superior customer service”. WM Armstrong was selected as the overall winner, based on driver data captured from the Microlise telematics solution in place across its fleet. 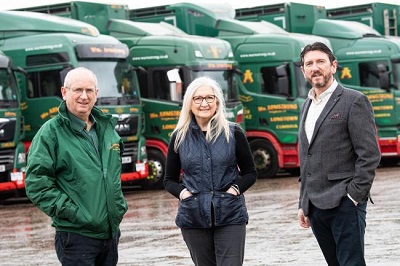 Shane Kenny, associate director at WM Armstrong, said: “This is a fantastic achievement that could not have come at a better time. The past 18 months have been hugely challenging for the nation and our drivers really stepped up and continued to deliver essential goods when they were needed the most.

“We have been positive users of the Microlise solution for several years and find it invaluable for highlighting areas where we can improve our operation. We also use the Driver Performance Management tool with its A-G rating to incentivise and reward our drivers.”

Nadeem Raza, chief executive of Microlise, said: “The Microlise Driver of the Year Awards, which is now in its seventh year, continues to highlight the expertise and sheer dedication of drivers who travel the length and breadth of the UK, and further afield. We congratulate WM Armstrong for this well-deserved team recognition.”