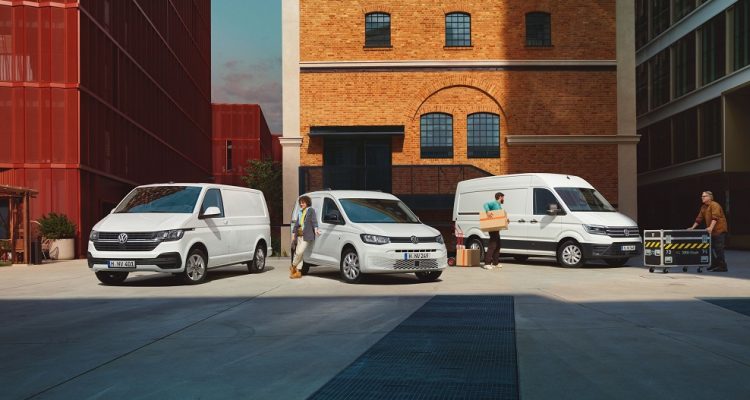 Volkswagen Commercial Vehicles has been named FN50 Most Reliable Van Manufacturer, with the Volkswagen Caddy, Transporter, and Crafter all ranking in the top five best-performing models according to UK contract and leasing companies.

For the third time, Volkswagen Commercial Vehicles has triumphed in the annual FN50 survey, outperforming its rivals to claim the ‘Most Reliable Van Manufacturer’. 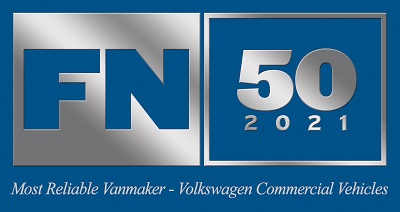 The Volkswagen Transporter and Caddy finished on the podium, in second and third respectively, while the Crafter jumped five places this year to rank fourth overall. With three vans in the top five best performing models, it was enough for Volkswagen Commercial Vehicles to knock Mercedes-Benz off the overall top-spot.

The annual FN50 study is the industry benchmark for reliability, measuring real-world data from Fleet News’ list of the biggest UK leasing companies, and taking an average of the number of days off the road with unplanned mechanical problems – excluding punctures – for the vans on their fleet in the past months.

Kate Thompson, Head of Marketing of Volkswagen Commercial Vehicles, commented: “We are delighted to be named Most Reliable Van Manufacturer for the third time by UK fleets. This award really highlights the real-world quality and durability of our products. At Volkswagen Commercial Vehicles, we have worked tirelessly to ensure our vans are the ultimate workhorse for our fleet customers. And as part of our Working With You commitment, we offer extended opening hours across our network of Van Centres as well as a fleet of Mobile Service Clinics to ensure customers can be back on the road with minimal downtime.”

Stephen Briers, Editor-in-Chief of Fleet News, said: “With all three of its models in the top five, it’s no surprise that Volkswagen Commercial Vehicles has regained the title as the FN50 Most Reliable Van Manufacturer. The Transporter and Caddy have been updated in the past two years, adding to their reliability performance, and now sit second and third in the model listing respectively, while the popular Crafter has jumped five places on last year to claim fourth position. It’s unprecedented to have all three models in the top five.”