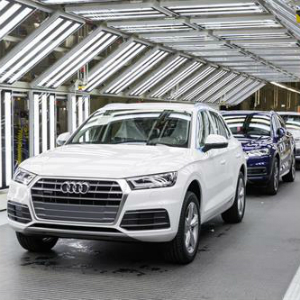 Audi once again enjoyed record-breaking UK sales success in 2016, completing a total of 177,566 customer deliveries by year-end and therefore improving upon its 2015 full year performance by 6.4 per cent. Total UK market share at the end of 2016 for the premium brand also rose by 0.3 per cent to 6.6 per cent.

Globally, AUDI AG increased its sales to around 1,871,350 cars in 2016, 3.8 percent more than in the previous record-breaking year 2015. During the ongoing, wide-ranging renewal of the model range, sales increased in all core regions: in Europe (+7.6%), in North America (+5.3%) with further growth in the plateaued U.S. market (+4%) and in Asia-Pacific (+0.5%). In all five of its largest individual markets, the four rings sold more automobiles than ever before. Worldwide, demand increased for the seventh year in a row since 2009. Compared with 949,729 customers in 2009, the company almost doubled its market success over this period.

“2016 proved to be even more challenging for Audi than expected, with strong headwinds in many key markets. We managed to demonstrate the robust strength of our business with balanced growth around the globe,” says Dietmar Voggenreiter, Board Member for Sales and Marketing at AUDI AG.

“The excellent feedback for our latest automobiles shows that our model and technology initiative is paying off. This year we will further drive forward the comprehensive renewal of the Audi portfolio and successively roll out new models in the markets.”

The new Audi A4 was also launched in the overseas markets in 2016; its global sales expanded year-on-year by 7.6 percent to around 337,550 units. In Europe, where the model was already available throughout the full year, the A4 took the number one spot in its premium segment, up 25.7 percent to around 164,600 units sold. The update of Audi’s mid-size class is set to continue this year in international markets with the new A5 Coupé, following on from its European market introduction at the end of 2016. Moreover, 2017 will see the global launch of the new A5 Sportback, with the model also going on sale in the United States for the very first time.

The second generation of the full-size Q7 SUV completed its global market introduction in 2016, with sales up 43.6 percent to around 102,200 customers. As such, the Q7 doubled the average annual sales of its predecessor, achieving more than 100,000 deliveries per year for the first time ever. The new Q2 extends the popular SUV family from the four rings to a compact city format. Its European premiere in late 2016 generated high demand at Audi dealerships; more markets will follow in 2017. With the new Q5, the generation changeover for Audi’s top-selling SUV is also set to initiate this year.

The renamed Audi Sport GmbH provided another growth engine for Audi in 2016. As its flagship model, the new R8 accelerated by 31.8 percent to about 2,890 sports cars sold. The entire R and RS family exceeded the 20,000 unit mark for the first time with strong gains of 18 percent to around 20,200 automobiles.

Worldwide, Audi acquired the most new customers in 2016 in Europe, particularly with the new A4. Despite numerous political and economic uncertainties in the region, Audi sales grew by 7.6 percent to around 860,600 automobiles. Compared with 762,949 deliveries in 2014, the brand extended annual sales on its home continent by just under 100,000 units within two years.

In the United States, Audi once again outperformed the clearly decelerating overall market, as it had done in previous years. Audi was the only major premium manufacturer to post substantial growth in 2016: up 4 percent to 210,213 units. The Q7 provided strong momentum for Audi of America: following the U.S. launch of its new generation in the spring, 2016 sales of the model increased in its largest market by 60.9 percent to 30,563 SUVs. Across all Q models, SUV sales soared by 18.9 percent to 100,161 units. Audi Canada (+14.2% to 30,544 cars) also capitalized on the SUV trend, moving up into the ten largest markets of the four rings for the first time. Volatile conditions in several South American markets proved much more difficult – sales in Brazil fell by 29.9 percent to 12,011 automobiles, following the strong growth for Audi seen in 2015.

In China, Audi increased its sales on a very high level by another 3.6 percent to 591,554 deliveries. With this new all-time high, the company continues to maintain its clear lead in the Chinese premium market. In 2016, the four rings saw demand surge in the premium compact segment in particular: up 29.7 percent to 89,213 Audi A3 models plus 89,779 Q3 models, 27.6 percent more than in 2015. Today, Audi is conquering especially young customers with these models, after back in 2013 the company pioneered local production in this then-nascent segment of the Chinese premium market. In the past year too, Audi laid important foundations in China for its ongoing success in the market: 2016 saw the launch of successors or redesigned versions of models that together account for over half of Audi’s total sales in China. The new long-wheelbase A4 L went on sale in dealerships in the fall. At the end of the year, the locally produced A6 L e-tron plug-in hybrid set an important milestone in the electrification of the brand’s Chinese model range. This year, the Q7 e-tron is set to follow as an import model. 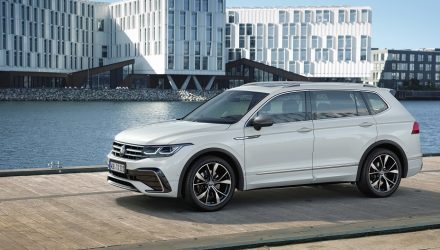 The Tiguan was given an update back in autumn 2020 and now it is the turn of the long-wheelbase version: revised design, new control and assist systems,

Business use of data and analytics is growing, reshaping