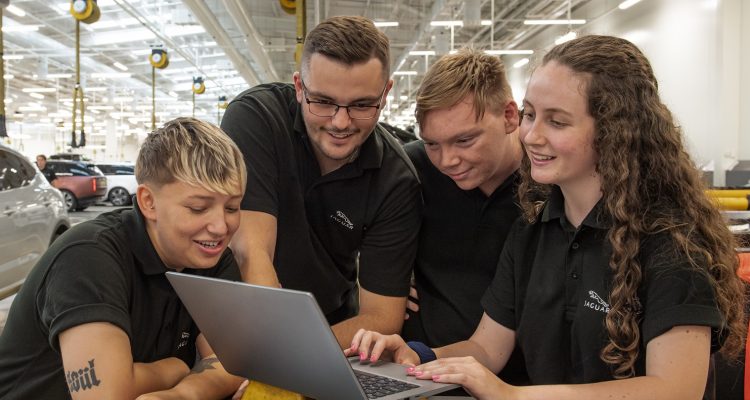 Jaguar Land Rover has today announced it will hire around 300 apprentices in the UK in 2023 as the company continues to expand its talent pool as part of its transition to an electrified future. 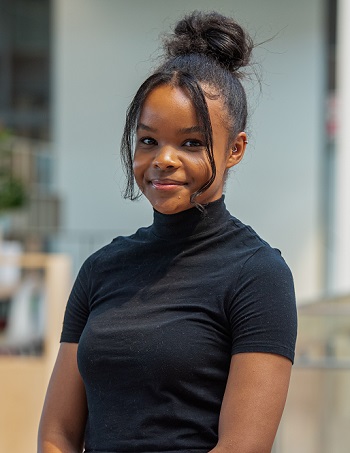 Places are available across engineering, manufacturing, software engineering, data, logistics, and product development, with all successful applicants enrolled onto courses in autonomous driving, electrification and more. The programme includes flagship apprentice degree apprenticeship programmes in Digital Technology and Engineering for students pursuing careers in Software Engineering, Data Engineering and Analytics or Cyber Security. Apprenticeships at Jaguar Land Rover range from Level 3 to Level 7 and typically require five GCSEs at Level 5 or above, plus at least two A-Levels including Maths at Grade B or above.

Jaguar Land Rover already has one of the largest apprenticeship populations in the UK automotive sector, with around 1,200 apprentices currently in training across the Jaguar Land Rover Academy. Through its academy, the company invests approximately £20m each year in lifelong learning and development.  And was named in the Top 100 Apprenticeships Employers 2022, a national league table that recognises England’s leading apprenticeship employers.

The announcement follows the launch of the company’s Future Skills Programme in September this year, a global upskilling drive to train 29,000 people in the next three years for its connected and data capabilities, and to support the rapid transition to electrification.

The hiring drive further establishes a pipeline of skills which will see all Jaguar Land Rover modern luxury cars available in pure electric form by the end of the decade, the vision of the Company’s Reimagine strategy.

Dave WIlliams, Executive Director of Human Resources at Jaguar Land Rover, commented: “We’re extremely proud of our record in supporting early careers, and our place as a top employer for apprentices. Anyone joining Jaguar Land Rover will be part of company fully invested in lifelong learning and development.

“Our vision is to become the proud creators of modern luxury. We welcome people who are passionate about contributing to that successful transformation.”

Parris Small is a Software Engineering Degree Apprentice at Jaguar Land Rover and recently won both the Apprentice Award at Midlands Women in Technology Awards and 2022 Multicultural Awards Apprentice of the Year.

Parris said: “I love the opportunities that come with carrying out an apprenticeship and since starting I have been given a lot of responsibility.

“It’s also incredibly rewarding. Spending around 80% of my time in Jaguar Land Rover’s Electric Vehicle Charging team, I can see how what I do directly relates to the company’s target of becoming carbon net zero by 2039 – all whilst I am still studying for a degree for the remaining 20%.”