WATCH: Volkswagen want you to keep your eyes on the road 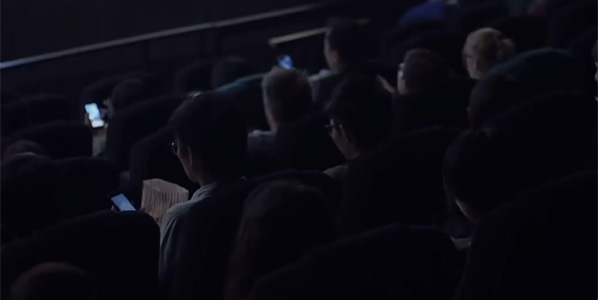 With news that mobile phone distraction is set to be the biggest killer on the roads by 2015, Volkswagen have released an innovative ad-experiment using an unsuspecting cinema audience to highlight how dangerous checking your phone for a split-second can be.

Department for Transport figures reveal that 378 accidents specifically involving mobile phone use were reported in 2012 — more than any year on record. Those accidents resulted in 548 casualties, including 17 deaths. But that figure could be even higher.

Simon Marsh, Managing Director of incident video camera firm SmartWitness, said: “The problem is far more widespread than Department of Transport believe […] We believe a large number of serious and fatal accidents are wrongly classed as ‘in-vehicle distraction’ when the specific cause of the accident was down to mobile phone use.

“Lives are being ruined just for the reason that someone wants to send a text message while driving. The only message that should be sent is from government to motorists that this is not acceptable.”