AA crews instructed not to stop on smart motorways 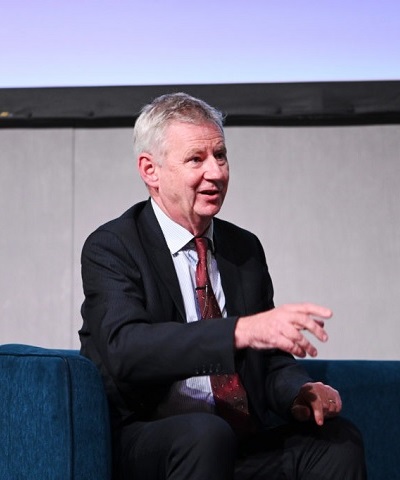 Edmund King, president of the AA

Following recent media coverage, the AA has confirmed its patrols are told not to stop on smart motorways – but says it is not alone in providing such guidance.

Earlier this month, the BBC’s Inside Out programme featured a segment on smart motorways, during which former AA patrolman of the year Tony Rich said crews are instructed to wait for a broken down vehicle to be towed to a safer location by Highways England.

The story was picked up by the Express, who wrote: “smart motorway networks are considered so dangerous AA breakdown crews are not allowed to stop on the roads to help stricken motorists.”

Responding to that statement, the AA confirmed its crews are advised not to stop on smart motorways – but says this has been a long-held policy, which also applies to recovery agents from other organisations.

The AA – along with Highways England, the National Police Chiefs Council, the Home Office and several other recovery agents – are signed up to ‘SURVIVE’, where safety and best practice rules and policies for road workers are produced and applied.

Should a technician come across a casualty vehicle or arrive at the scene of a live running lane breakdown on a motorway where;

they should not attempt to stop and provide assistance. The technician should instead call the police on 999 at the earliest opportunity and provide the details of the casualty vehicle and its location.

Edmund King, president of the AA, said: “It is not safe for breakdown organisations to recover vehicles unless the lane is closed and has a physical presence sat behind the casualty vehicle.

The controversy surrounding smart motorways relates to safety – despite Highways England’s repeated assurances they are as safe as the wider motorway network.

Statistics published by the Express reveal nine people were killed in collisions on the smart motorway network last year.

The AA has been a long-term cynic of smart motorways. Speaking passionately about the issue at the 2019 National Road Safety Conference, Mr King called for Highways England to double the number of emergency refuge areas.

He also criticised the amount of time it currently takes to reach a vehicle which has broken down in a live lane.

Highways England has committed to reducing the distance between emergency refuge areas to one mile apart on new smart motorway schemes (beginning construction in 2020).

The Government agency also says it is enhancing emergency areas by installing extra signage, using the internationally recognised SOS text and marking the bays in a high-visibility orange colour to make them as easy as possible to spot.

Despite this, in October, transport secretary Grant Shapps announced that the DfT would conduct an “evidence stock take” to gather facts and make recommendations about the future of smart motorways.

Hauliers and transport buyers are increasingly moving towards refrigerated liquefied natural gas as a cheaper and more environmentally friendly alternative to diesel. In order to meet those

To celebrate 40 years of the Master LCV product,