The 9 Types of Speed Camera in the UK 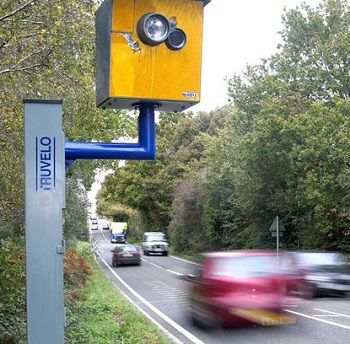 Speed cameras are a common sight on Britain’s roads but how many of these nine types are you familiar with?

Around 2 million fixed penalties are issued for speeding each year in England and Wales alone and now the research team at LeaseVan.co.uk have looked at the diversity of the technology used to catch drivers in the act.

All drivers will have seen the little yellow boxes on the side of the road but few could name all the other devices used to snare speeding motorists.

Tim Alcock from LeaseVan.co.uk said: “Speed camera technology has come a long way since the first devices became a common sight in Britain during the 1990s.

“The sheer variety and range of cameras now utilised on the UK’s roads to deter speeding and detect offenders really is eye-popping.

“Responsible motorists welcome these measures but will be interested to learn exactly how many different types of speed camera there are out there.”

Here is the LeaseVan.co.uk guide to the nine most common types of speed camera on UK roads:

These are used by police or volunteers at the side of the residential roads. The radar speed devices capture the speed of any passing car. They are highly visible patrols and anyone caught speeding can be issued a ticket.

This is a new type of mobile speed gun which can capture your car speeding up to a mile away. It’s not in use in nationwide yet but it could be soon.

These are the ‘classic’ standard speed cameras which have been on roads since the 1990s. They are rear facing and capture the car and number plate when driven past fast enough to trigger it.

Infrared Night Time Speeding Sensors can also capture your number plate in the dark in some locations. They are used in conjunction with speed cameras to make sure you can’t speed even when it’s the pitch black.

These are similar to the classic speed camera but they face forwards. They trigger only when drivers speed past them faster than the speed limit for that road, rather than filming everything that goes by.

On motorways, these tend to be used during roadworks rather than all the time and are separate to normal motorway cameras. On non-motorways, Average Speed Cameras can be in place permanently.

They record your how long all vehicles that pass take to travel between two points and calculate an average of your speed overall, to work out if you were going too fast. ‎

Can be overhead or on the floor. They only trigger when you speed past them – different to average speed cameras. They used to only be switched on when the overhead signs are on, but the new Smart ones can catch anyone at any time.‎

These work in the same way as overhead cameras, but are positioned on the floor. They don’t tend to be used widely these days but they trigger when driven past at high speed.

Police cars can record your speed as they travel behind you. On-board computers and cameras can sit behind you and track your car’s position relative to nearby objects like lampposts and work out how fast you’re going.

These work similarly to mobile speed guns. The vans park up on roadsides and can catch anyone speeding past.