With a fully electric model that’s “way ahead of the game” and a “feisty” off-road variant, the FUSO Canter delivered a repeat performance at the 2020 Trade Van Driver Awards.

Exactly as they did in the corresponding competitions in each of the last two years, the FUSO eCanter took the Best Alternative Fuel Truck title, and the all-wheel drive version was named Best Heavy Duty 4×4. 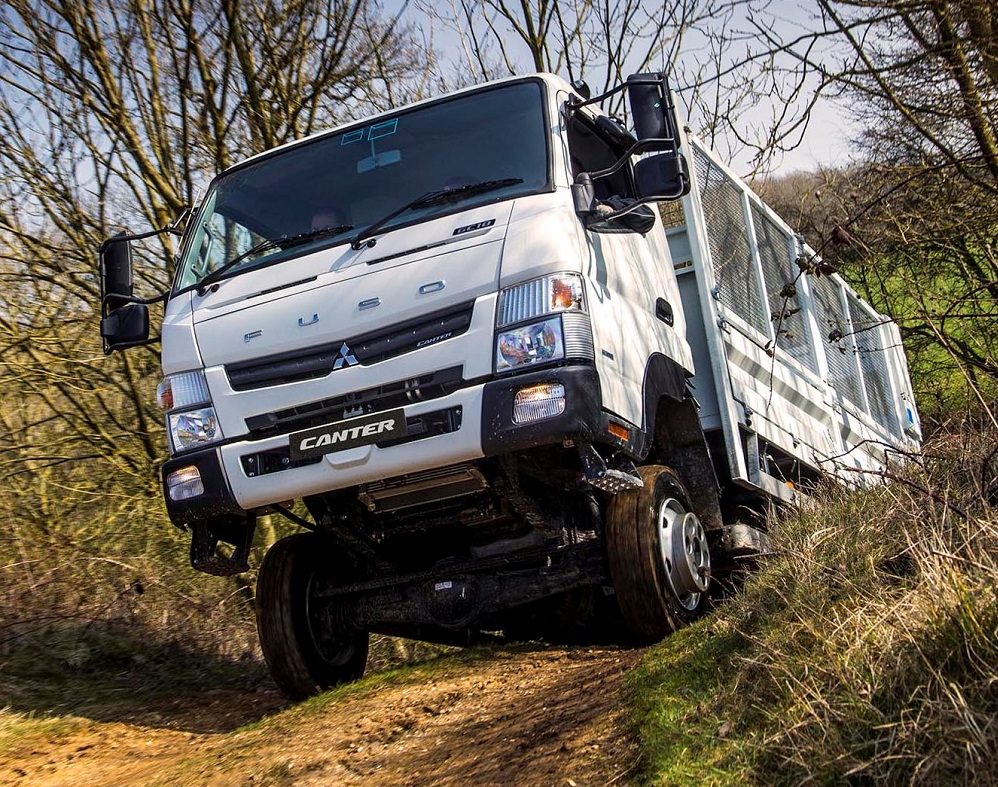 Remarkably, it was the seventh year running that the Canter 4×4 has been honoured by the leading magazine, which is aimed at owner-drivers and small fleet operators. As well as expert journalists, vehicles are judged by a panel of readers who use light commercial vehicles in their businesses.

The FUSO Canter light truck range is sold and supported by Mercedes-Benz Trucks and its Dealer network in Great Britain. The model family extends from 3.5-8.55 tonnes GVW.

Although the truck has yet to go on general sale, some of the biggest names on UK roads are already benefiting from the eCanter’s highly competitive body and payload allowance of up to 4.5 tonnes, as well as valuable operating cost savings compared to a conventional, diesel-engined truck.

Trade Van Driver’s judges reported: “While many of the major manufacturers are now entering the alternative fuel market, FUSO is way ahead of the game with the eCanter. Its technology is solid and proven, so any traders wishing to embrace environmental concerns can do so with confidence when choosing this vehicle.”

The 6.5-tonne Canter 4×4 is easily distinguished from its stablemates by its raised ride height. Powered by a 129 kW (175 hp) engine, and offering a body and payload allowance of up to 3,880 kg, it is equipped with selectable four-wheel drive. In 4×2 mode on road, the truck is impressively fuel-efficient, while all-wheel drive – which can be engaged or disengaged at the touch of a button – ensures powerful traction and impressive climbing ability on rugged terrain or for winter roads.

“Many operators require a vehicle that can deal with extreme conditions, and the FUSO Canter 4×4 offers that solution – and more,” enthused Trade Van Driver. “Off-road ability combined with functionality make this feisty off-roader the judges’ choice.”

FUSO Canter customers can choose from Comfort day cabs and Double crew cabs, and engine outputs from 96 kW (130 hp) to 129 kW (175 hp) – in addition to the eCanter, the line-up features a well-established diesel-electric Eco Hybrid model.

All employ a light yet strong ladder chassis, which contributes to the Canter’s low unladen weight – 7.5-tonne variants, in particular, offer market-leading payloads. The vehicle’s compact dimensions and excellent manoeuvrability also make it ideally suited to urban operation, and applications in which access is an issue.