eVHub’s charging hubs will house between 15 and 30 charging connectors that can recharge a vehicle in half an hour, as well as additional revenue-generating amenities like cafés and car valet services.

eVHub plans to use the investment to open its first two flagship rapid charging sites at the high-demand charging ‘blackspots’ at King’s Cross and Heathrow Airport, which suffer from a growing e-vehicle charging ‘capacity gap’ for taxis, minicabs and private vehicles.

Growthdeck says that there is a fast-growing need for large electric vehicle charging sites in London. There are now more than 20,000 electric vehicles on London’s roads, a number that is forecast to rise to 145,000 by 2025*. There are currently only 7,000 public charging connectors in the capital**.

Gary Robins, Head of Business Development at Growthdeck, comments: “London and its people have made a significant commitment to electric vehicles, but the infrastructure available for charging is nowhere near where it will need to be in five years’ time. eVHub has the market’s best solution to the problem.”

eVHub will initially focus on providing substantial extra charging capacity to large fleets of electric vehicles – primarily London’s fast-growing fleet of electric taxis. Following their introduction in January 2018, 3,000 fully-electric black cabs have entered service in London, with another 20,000 drivers set to switch to electric taxis in the coming years.

Growthdeck explains that a shortage of public charging points in London have led to waits of up to two hours for taxi drivers to start to recharge their vehicles. The charging process itself then takes more than an hour, meaning drivers commonly spend more than three hours per day out of service.

The business plans to expand to 100 sites within the next five years, and has already identified 18 priority target sites in London for this expansion. To drive this expansion, it will focus on building partnerships with businesses that have large parking areas, such as supermarkets.

The founders of eVHub have significant experience in electric vehicle charging and sustainable energy infrastructure. The business was set up by:

Gary Robins adds: “It’s already common to see queues of electric taxis at charging points in central London, and that’s when less than 15% of black cabs are electric. Without a lot more capacity, the gulf between supply and demand is going to grow very quickly.”

“eVHub is set to deliver dozens more charging points at two of the highest-demand points in London, and become a major part of the city’s electric vehicle system.”

Growthdeck’s investment in eVHub qualifies for tax reliefs under the Enterprise Investment Scheme (EIS). EIS is an investment scheme which allows private investors to make tax savings by investing in growth businesses. The EIS allows investors to: 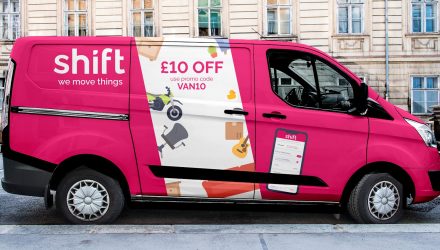