Drivers urged to ‘Wise Up, Size Up’ 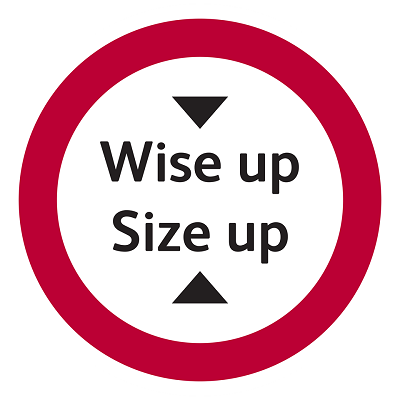 Network Rail is asking drivers of large vehicles to; ‘Wise up Size up’.

Research has shown that 52 per cent of lorry drivers do not take low bridges into account when planning their route, and 43 per cent admitted they did not measure their vehicle before heading out on the road.

In the last year alone, almost 2,000 instances of vehicles striking railway bridges were reported across Britain- more than five a day- causing an average of more than nine hours of delays to rail passengers every day.

The increase in the number of large vehicles on the road at this time of year coincides with an annual spike in the number of bridge strikes, with as many as 14 recorded in a single day on three separate occasions between October and December last year.

Sir Peter Hendy CBE, chair of Network Rail, said: ​“It’s a very busy time of year for drivers of large goods vehicles, so it’s understandable there may be additional pressure to get to destinations on time, but there is no excuse to not know the height of your vehicle before starting your journey.

“As well as putting lives in danger on both road and rail and causing lengthy delays for passengers and road users, drivers who chance it at bridges are at risk of losing their licenses and leaving their employers with a hefty bill for repairs and train delay costs, along with a strong threat to their own operators licence.” 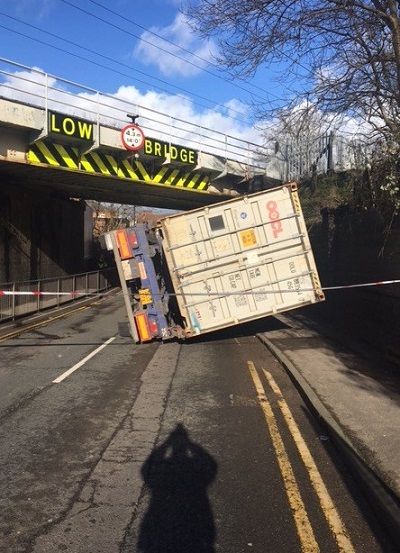 Network Rail is working with a number of leading haulage companies and retailers to tackle the issue as part of the ‘Wise Up, Size Up’ campaign, which aims to improve education and provide support to drivers to reduce the number of bridge strikes which causes risk and disruption to both road users and rail passengers.

The issue of bridge strikes was raised in the Senior Traffic Commissioner’s annual report to the Secretary of State last month, with the number of bridge strikes condemned as “unacceptable” and operators warned that regulatory action is a “real possibility” should they fail to take action on reducing them.

The report from the Senior Traffic Commissioner, Richard Turfitt, states: “Disappointingly, thorough risk-based route planning seems to be a responsibility which operators are leaving to drivers. We have seen instances of drivers not being given conversion charts and also being left to plan routes without access to information that would identify the location of low bridges.

“It is time for operators to treat this seriously and take responsibility, not just leave it to drivers. From the cases referred to us so far, we are astonished by operators’ lackadaisical approach to the prevention of bridge strikes. Beyond the road safety issues, there are huge consequential costs in terms of checking and repair, as well as delays to rail travel which impact passengers and commuters.”

Sir Peter commented: “We welcome and support the comments in the Senior Traffic Commissioner’s report. We’ve had a number of encouraging, productive conversations with industry partners who are keen to work with us to offer improved support and education for drivers, and we will continue to engage with key players in the industry to reduce the risk of bridge strikes. But we also have to support action against companies where they do not honour their obligations to operate safely.”

To find out more about how bridge strikes affect the rail network, click here.

To find out more about the Wise Up, Size Up campaign, click here.