Citroën UK has revealed details of planned changes to the multi-award winning Berlingo range, which will be available from October 2021 production. Coming into effect on internal combustion engine (ICE) powertrain versions of the model, the latest updates cover exterior and interior features, with a focus on the popular ‘Rip Curl’ trim that has become increasingly prominent in the UK line-up. 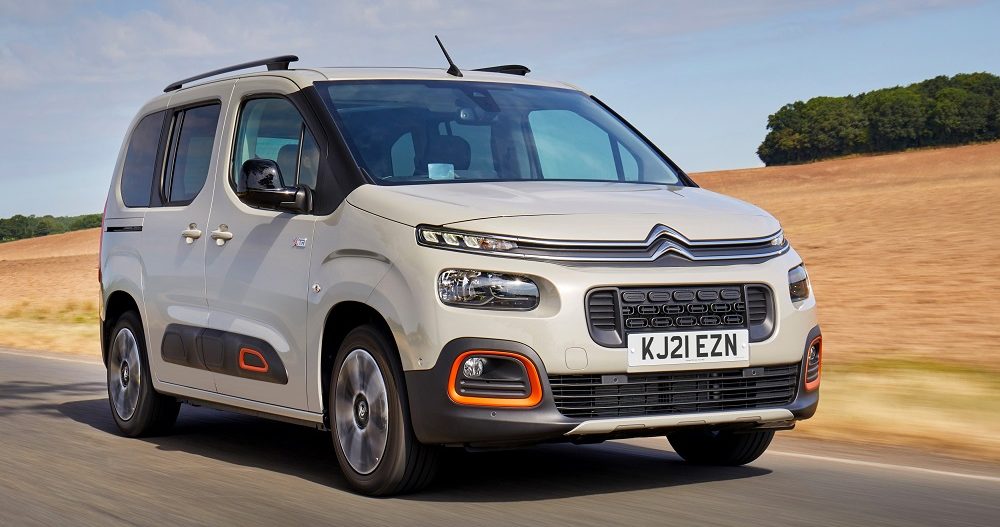 The latest updates follow a particularly successful period for Citroën Berlingo, with recent awards including the Company Car Today ‘MPV of the Year’ title, Autocar’s ‘Best Large Car’ prize, ‘Best Utility Vehicle’ from DieselCar & EcoCar, and the What Car? ‘Best MPV for Value’ trophy – all bestowed upon the vehicle in the last 12 months.

One of the key introductions to the Berlingo range will be the fitment of a 10-inch digital driver’s display on the popular ‘Rip Curl’ and ‘Flair XTR’ versions. The new display replaces the outgoing analogue dials on these models and allows the driver a choice of different display modes, including ‘Dials’, ‘Driving’ and ‘Personal’ settings – allowing the driver to better tailor the vehicle to their own preferences. 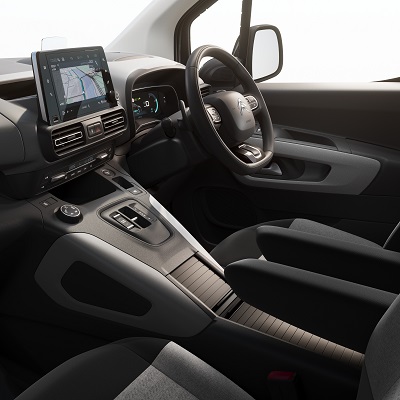 Another exciting addition to the Berlingo range is the introduction of the new ‘e-Toggle’ automatic gearbox controller. Already featured on automatic versions of New C4, the e-Toggle replaces the rotary dial selector previously specified on Berlingo PureTech 130 eight-speed automatic versions. The slick to use, and stylishly designed, brushed metal selector helps to make driving Berlingo even more effortless than before. The e-Toggle selector will also feature on all versions of ë-Berlingo 100% electric when first deliveries begin later in the year.

Berlingo ‘Rip Curl’ trim – originally introduced in 2020 – is now a core version within the Berlingo line-up, effectively replacing the outgoing ‘Flair’ trim level. ‘Rip Curl’ is available in the most popular M ‘Medium’ body length and comes with a whole host of exterior and interior detailing, including a bright ‘Ocre’ Colour Pack with 16-inch ‘Starlit’ black alloy wheels and Onyx Black door mirror. ‘Rip Curl’ decals can be found on the front doors and rear-quarter windows, whilst inside drivers will find a fresh-looking grey ‘Curitiba’ interior trim with a yellow stripe and white stitching, as well as custom ‘Rip Curl’ seat labels on the three independent rear seats with adjustable headrests. 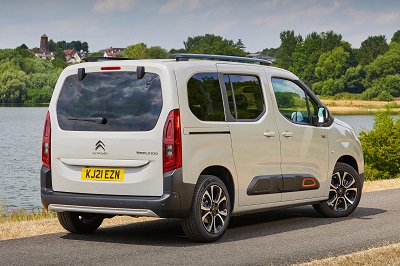 Along with the ‘Flair’ trim, the ‘Feel’ PureTech 110 manual XL version is also deleted from the range to simplify the Berlingo offering. Other trims still available include ‘Feel’ and ‘Flair XTR’, which are both available in M (five seats) and XL (seven seats) lengths, with manual and automatic gearboxes, and petrol and Diesel engines.