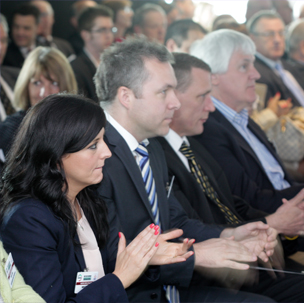 The DVLA was perhaps a surprise winner of the Award, but secured the most votes among ACFO members ahead of more than 20 other nominated service suppliers. Its success was recognition of the engagement with fleet decision-makers over the ongoing implementation of a range of online solutions for the corporate sector.

ACFO chairman John Pryor said he was “personally delighted” that the DVLA had triumphed and believed it was recognition for the Swansea-based Government agency’s approach to working closely with members to establish new online tools including: driver licence validation checks, V5C vehicle registration certificate (log book) access and a vehicle enquiry service.

Mr Pryor said: “The DVLA recognised that the introduction of online services was a major but welcome move for fleets in reducing administration, but simultaneously accepted that it was vital that system functionality was easy to use and delivered benefits.

“The Award is well deserved and I hope other Government agencies and departments learn from the DVLA’s approach of working closely with ACFO and listening to members’ views to ensure all new systems work effectively and efficiently.”

Meanwhile, the changing shape of the UK company car market was further reflected as Mercedes-Benz won the Fleet Car of the Year Award for the first time with the A-Class overcoming the challenge of almost 20 other models that received ACFO members’ votes.

In time with this weeks Road Safety Week Initiative, the AA’s ‘Think Bike’ campaign supported by Olympic cyclist Chris Boardman and 20 times Isle of Man TT winner John McGuinness won the Fleet Safety Initiative of the Year Award. The motoring organisation distributed one million stickers to drivers as a reminder to do a ‘double-take’ in their mirrors for cycles and motorcycles in their blind spots. Failure to look properly is the most commonly cited (42%) contributory factor in UK road accidents, adding further weight to the need for road users to have greater awareness of each other.

The Awards, which are voted online exclusively by the ACFO membership, are highly prized because unlike many other awards they reflect the day-to-day operational experience and expertise of fleet decision-makers. The full list of winners:

Small Van of the Year (sponsored by Movex)
Volkswagen Caddy

Large Van of the Year (sponsored by Lombard)
Ford Transit

Green Vehicle of the Year (sponsored by Arval)
BMW i3

Environmental Initiative of the Year (sponsored by TMC Barclaycard)
BMW i3 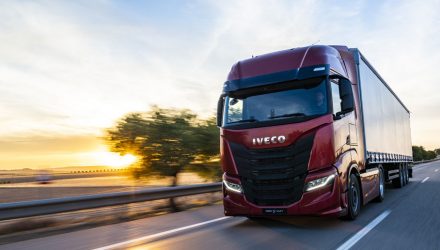 IVECO has won the prestigious iF DESIGN AWARD 2020 for the IVECO S-Way in the Automobiles/Vehicles Category of the Product Discipline. Recognised as a symbol of design

BCA is Number One for LCVs

BCA has won the prestigious Remarketing Company of the

The multi-award winning Citroen Berlingo Van has collected yet